They were initially staying in a 3-room HDB flat in Circuit Road.

Back then, they met me as an interested buyer for an EA flat in Sengkang I was marketing at that time.

They always dreamt of staying in a bigger property but was still doubtful and unsure of what to do.

When we first met, they haven’t even started marketing his 3-room flat!

In this case, I gained their trust – I helped them sell their flat first before buying the EA.

It was a smooth transition to the EA as we planned the timeline very carefully to minimize any disruptions or inconveniences.

Selling their Executive Apartment Flat in 2017

After hitting the 5-year MOP on their EA, they wanted to make the next step of upgrading to a private property.

Being a very conservative couple, they wanted a less risky approach – so we decided to market the EA flat first before closing on the private property.

Now, we faced this challenge: Selling a bigger flat is actually much more difficult compared to smaller flat.

This is because of the higher price tag means there will always be a smaller pool of buyers available.  We were also dealing with a slow market.

Now why was there a loss? Was I such a lousy agent? Or were they other bigger factors at play?

These were the factors that influenced the price:

They also decided to not keep the flat due to

Bought their Private Condo in 2017

It is interesting to take note of the private condo’s prices:

Had Mr Senthil immediately bought a condo back in 2012 after he sold off his 3-room HDB flat – it would have been too much of a financial stretch. 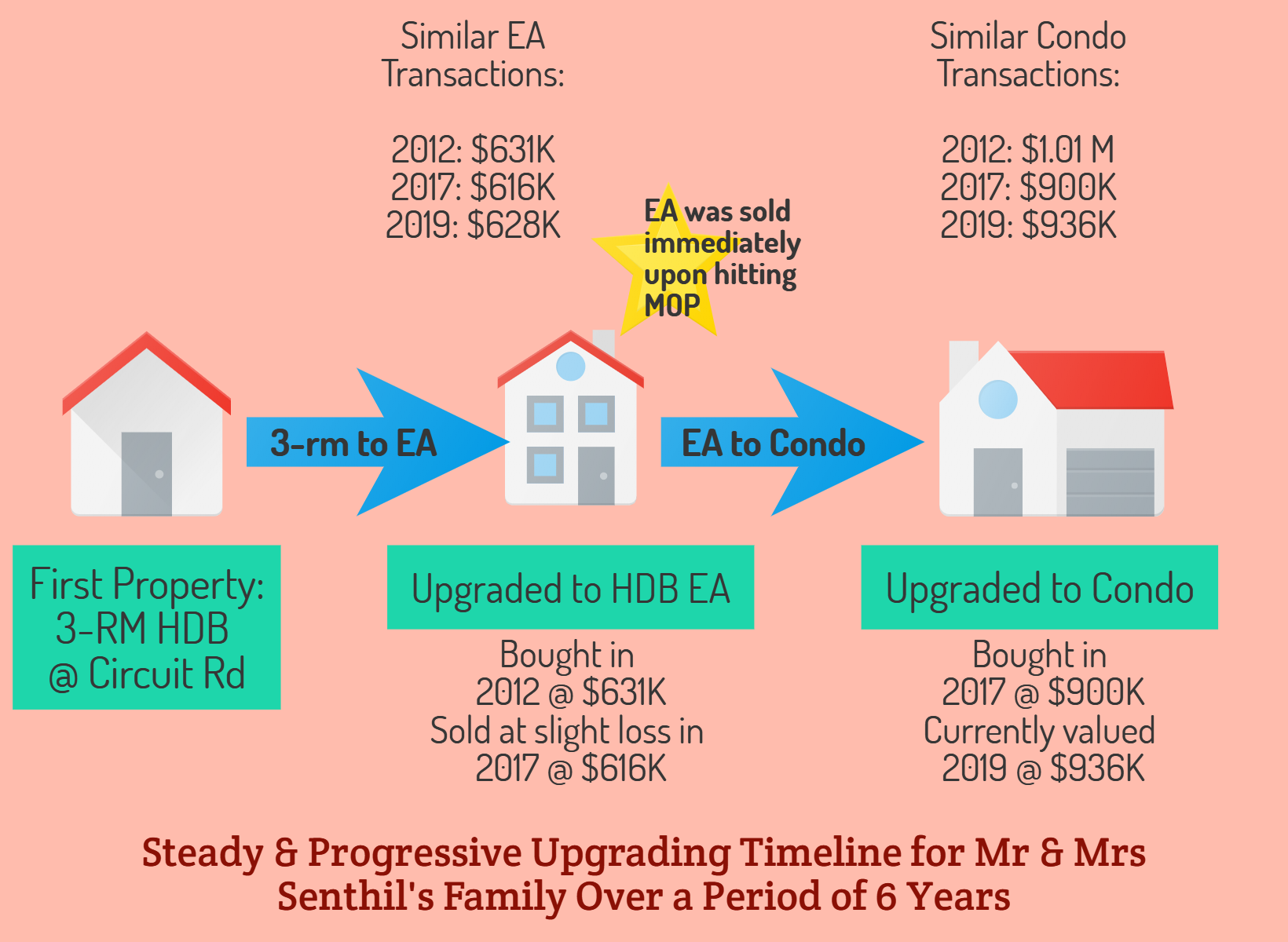 By doing a progressive upgrade from HDB to an EA first – it helped to lengthen his runway and ensured his finances were secured in a prudent manner.

At the same time, they now own a condo which:

They have 2 young children in primary school so it was essential we guided the upgrading process in a way that will not burden his finances.

This process also positioned him to buy the resale condo of his dreams at a cheaper price.

The takeaway from this – your goals can be achieved with careful planning.

With proper financial guidance, you will be able to gradually upgrade progressively to grow your wealth and upgrade to a better standard of living.

Unsure of what your next steps should be regarding your property issue? Request a no-obligation assessment to discuss options that are available to you.

When the Singapore government introduced the circuit-breaker …

Did I get your attention with the title? ;) As a property …